***DISCLAIMER*** The following review is entirely my opinion. If you comment (which I encourage you to do) be respectful. If you don't agree with my opinion (or other commenters), that's fine. To each their own. These reviews are not meant to be statements of facts or endorsements, I am just sharing my opinions and my perspective when watching the film and is not meant to reflect how these films should be viewed. Finally, the reviews are given on a scale of 0-5. 0, of course, being unwatchable. 1, being terrible. 2, being not great. 3, being okay. 4, being great and 5, being epic! And if you enjoy these reviews feel free to share them and follow the blog or follow me on Twitter (@RevRonster) for links to my reviews and the occasional live-Tweet session of the movie I'm watching! I have nothing to add here aside from the fact I really want some pizza right now.


I’m no fancy art scholar but I’ve seen Margaret Keane’s work. I may have never known her name or her story but I knew those big eyed kids. Granted, they creep me the fuck out but I find children in general to be unnerving.

However, when I saw that a bio-pic was made about her and that her story was much deeper than just making paintings with kids that have gigantic fucking eyes, I was sold on seeing Big Eyes. 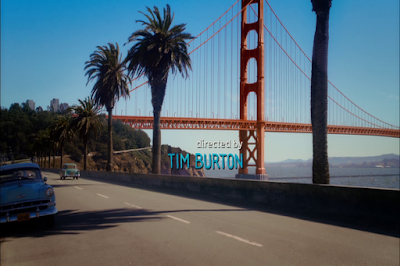 Wait, what does that say? 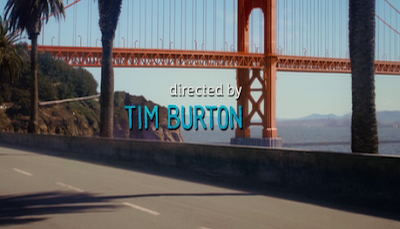 I wanna make sure here…zoom in a little bit more…

Wait, wut? Tim Burton directed this and there isn’t a single Depp or Bonham Carter in it?

Tired of her abusive husband, Margaret Ulbrich (Amy Adams) grabs her daughter and books it to the coast—while this is nothing out of the ordinary in this day and age but this takes place in the 50s and that type of thing didn’t happen. On the coast, Margaret tries to get her art noticed and it is…by a man named Walter Keane (Christoph Waltz). He becomes enamored with her artistic ability and those big eyes and tries to sell them alongside his street scenes. Eventually, the two get married and the art starts to sell…the only issue is that Walter is taking claim for them. Reluctantly, Margaret agrees to this horrible situation but as Walter starts to become more obsessive and possessive, she learns that Walter isn’t what he claims he is and wants to get the credit she deserves for the work she has created.

I’m not going to lie…the fact that Tim Burton directed this really shocked me because, let’s face it, the guy has a very trademark style—a style that has, since, become nearly synonymous with the visual style of a Hot Topic. I remember all the art kids in my high school raved about him back in the day (none of the Goth kids though, strangely) and, while I wasn’t singing his praises, I did enjoy his unique vision—especially on films like Batman, A Nightmare Before Christmas, the original Frankenweenie short, and Pee Wee’s Big Adventure. However, as time went on, he ended up becoming a walking cliché of his own design—something that happens to a lot of director’s who have a very distinct visual style. His movies, for me, stopped being unique and intriguing and became walking parodies of themselves. So, to see him take on something that doesn’t have his watered down, diet, almost generic/store brand version of Goth is a bit odd and very rare but, I admit, he did a fantastic job. Burton’s use of color feels right at home and looks like it was painted by artists themselves. It gives the film an almost surreal aspect due to the reality it pretty much looks like a painting come to life. Like some of his less Goth films, Burton uses color to set the mood excellently and even makes the terrific decision to bring less color—or more threatening color—as Margaret Keane’s story progresses…only to return to a beautiful rainbow when her story ends happily--Oops, Spoiler Alert, there's a happy ending.

The film also contains some great performances from Amy Adams and Christoph Waltz. Both are already established performers whose abilities should never be called into question but they once again prove their talent. Additionally, (and this is seen with all the performances) they come off a tad over-the-top—but not in a bad, overacting way. There was a theatric appeal to their acting and body movements that felt reminiscent of stage performing. Whether this was actually the case with their performances or not, there portrayals felt like they were working in concert with the visuals, colors, and lighting provided by Burton behind the camera and made a film that felt like it was a recorded play rather than a film. The effect, whether intentional or not, was enjoyable and made this more than a by-the-numbers bio-pic.

I never really knew the story of Margaret Keane or even knew her name, my familiarity only came from her distinct paintings she did (I knew a girl once who had Keane's prints in her bathroom and, needless to say, I never went in that room and would make sure my bladder was empty before I went to her place). This film tells a great story and showcases the connection artists make to their work—even work that one critic played by Terence Stamp declares to not be art--and that created a great scene of overwhelming hypocrisy as Walter gets upset and acts like it was his work that was criticized. The hurt and betrayal that Margaret feels from Walter is the strongest aspect of the story, in my opinion. It made Margaret’s journey captivating and the moment she is given the recognition she deserves, it’s hard to not wipe away the tears forming on the corner of my eyes—that were totally happening because of stuff going on outside of the movie, like onions being cut somewhere nearby and getting dust in my eyeball.

Overall, Big Eyes tells a great story and has tremendous performances. Additionally, Tim Burton brings about a needed freshness to his work and does something that feels more personal, less stylized and lacking all his usual tropes. His use of color and the way he filmed the engaging story made for an emotional and enlightening trip through the history of a painter with a very distinct look.
Posted by Rev. Ron at 3:29 PM